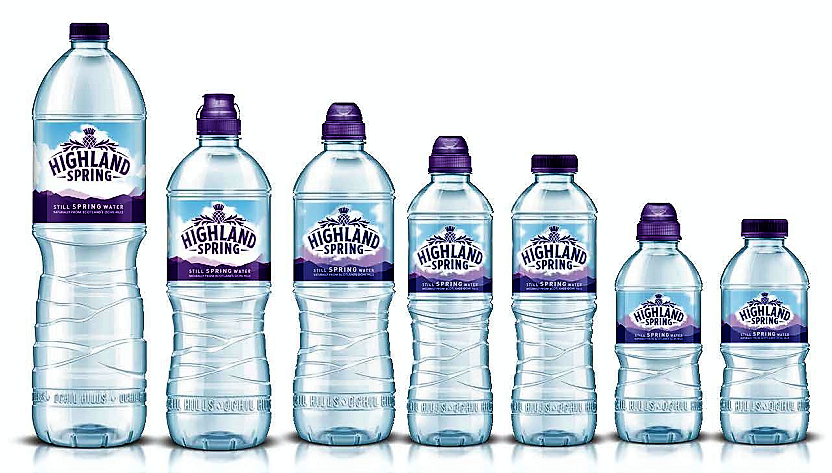 Spidex has announced that Highland Spring, a leading supplier of natural source bottled spring water, has selected Mainsaver CMMS to support best-practice maintenance at its plant in Blackford, Perthshire.

The new facility, part of a £50m investment programme, officially opened in July 2017 and was designed to increase Highland Spring’s production capacity by 50 percent in response to rising consumer demand for bottled water in recent years.

Previously, the company recorded its plant maintenance work using a bespoke software package that had been developed in-house. Head of Group Engineering Jonathan Bell recalls: “It wasn’t a bad system, but it was just a record of what jobs had been carried out.”

“What I actually required was accurate data on total cost of ownership for each plant asset. That means being able to assign expenditure like engineer hours, spare parts and contractor time for every maintenance job. The existing system didn’t have those facilities, so it became clear we needed to replace it.”

Highland Spring approached several CMMS providers in order to assess potential solutions. After an initial evaluation, the field was narrowed down to a final three, each of whom was invited to present their system.

“Following the onsite demos, the project team felt that Spidex’s Mainsaver offering was some way ahead of the other contenders” says Bell. “As a further due-diligence step, we then sought references from other Spidex customers in the food & beverage manufacturing sector to get a sense of the day-to-day practicalities of using the system. The feedback from those conversations was also very good, and made us confident of the eventual selection.”

Following installation, set-up and user training, the first stage of the Mainsaver CMMS project was to establish the asset care and work order management regime. Having recently gone live, the initial signs are positive.

Jonathan Bell: “Our engineers are now able to log far more detail against each maintenance task, which is giving us valuable data to support our Reliability Centred Maintenance program. Another immediate benefit has been the availability of an End-of-Shift report, which has made the handover process between shifts slicker and more effective.”

A recent audit by one of the Big Four supermarkets provided further encouragement. “The assessor was certainly impressed with Mainsaver, rating it as one of the best systems she’d seen“ says Bell. “In fact, she said she’d have liked to have used it herself!”

“That kind of feedback helps confirm that we’ve selected a system that will support robust management of our maintenance activity and to help drive departmental improvement.”

Having gone live with work order and asset management, the next phase will be to incorporate engineering stores inventory within the CMMS to provide even greater detail with which to analyse maintenance expenditure.

Spidex has award-winning products, tried and tested implementation methods and dedicated after-sales support. We’ll support you every step of the way.